It’s probably safe to say that most aren’t “ecstatic” as we reach the end of another challenging year.

During his presidential campaign and early 2021, we were confident that Biden would be a substantial improvement over the prior White House resident. In addition to canceling American’s participation in the Paris Climate Accords, Trump enthusiastically rolled back some key protections for endangered species and directed other environmentally insensitive policies.

We expected Biden to lead in a more biodiversity-enhancing and endangered species-friendly era. He did restore our membership in the Climate Change Agreement. His Fish and Wildlife Service outlined a welcome revision of Trump’s harmful endangered species regulations, although some are still in force.

However, there have been a variety of “failures” to act in ways that would protect endangered species and ensure a healthy environment. For example, the current Administration hasn’t reversed the previous decision that removed Endangered Species Act protections for gray wolves. Also, the prior “policy” allowing the killing of wolves and bears on Alaskan federal land. There has been little done to ensure the protection of the North Atlantic Right Whale. And it’s unlikely the Biden Administration will meet the 2021 deadline to protect more than 60 imperiled species. There have been a number of other missteps.

Yes, there is a long list of priorities, such as solving the ongoing Covid virus, passing an infrastructure bill, dealing with the immigration issue, and being challenged on several other fronts. However, Biden and his staff should still be able to direct the appropriate Cabinet members and agency heads to make better decisions supporting the conservation principles we believed he shared. Take the necessary steps to fight the biodiversity crisis. Implement new policies protecting endangered plants and animals. Doing what is necessary to conserve their precious habitats.

Perhaps President Joe needs some extra encouragement. Our New Year resolutions can include greater support of those organizations pushing the Administration in the “right” direction. You and I can sign petitions advocating specific biodiversity and Endangered Species Act initiatives. Share our strong opinions when the Fish and Wildlife Service announces comment periods. Call and e-mail our Senators and Congressional Representatives.

As we cautiously approach 2022, there is still much to do. Patience can be a “virtue” in some situations. But not now.

Happy Holidays and thanks for visiting The Endangered Species Conservation Site. 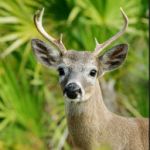